September is the beginning of the Rugby World Cup. Don’t expect to get any sense out of me for six weeks. I sometimes wish that my passion for the game and my team could be surgically removed. The emotional roller coaster is often more than I can bear.

Of course, after a tournament is over – and my team has not won it – I draw consolation from the fact that the game of rugby has been the winner. And it has. But then, a few weeks later, the roller coaster starts all over again. Groundhog Day!

When I first started going to church in my late teens, the in-house youth leaders were of the opinion that rugby was not a very Christian sport. My association with church was almost over before it began. But rather than leave, I tried to make a case for the game (and still do), even if only to convince myself. It went something like this: the core values of the game are fair play, passion, team work, discipline and respect. It doesn’t always look like it. But they are there somewhere. Indeed, I came to the conclusion that the church had a lot to learn from rugby. Thankfully, it is learning. It may not always look like it. But the values are in there somewhere. And that’s why Jesus is a rugby supporter.

Christmas: Walk in the Light! 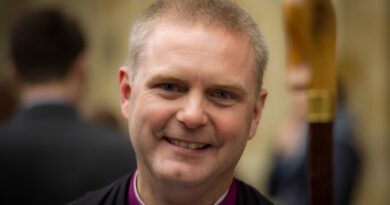 Church is good for your health!

“Get Warrington Talking” is an initiative of Warrington Speak Up, which is one of our chosen charities for 2022. The